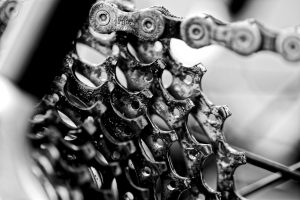 In the 1850s, British soldiers were dying in the Crimea war and those who were lucky enough to survive the battlefield found themselves wounded and suffering from shocking sanitary conditions in the military hospital.

Some folks, like Florence Nightingale, insisted on making the military hospital safer and more productive by educating women to become compliant and interchangeable nurses.

The way we teach nursing students today – to listen and follow instructions, isn’t an accident. Formal nursing education was (and remains) primarily focused on training nurses to work well in the system, not inspiring nurses to think differently or challenge the status quo and make things better.

For the hundreds of thousands of nurses today who are stressed, clock-watching, following instructions, racing against time, seeing yet another patient, going to another meeting, hiding from real problems… it doesn’t have to be this way.

We have a choice.

We can choose to be undervalued, under-acknowledged, replaceable and interchangeable cogs.

Or we can choose an alternative path – one that’s as exhilarating and challenging as it is satisfying.

We can choose the path of innovation and creativity and solve important problems, make new rules, build things that matter and do the kind of work that makes us come alive.

Truth is, our health care systems are a mess and too many people are suffering because the systems aren’t doing what people want and need them to do.

If you’re worried more about productivity, pleasing your boss instead of your clients and fitting in with your colleagues – my bet is you’re sacrificing your potential for doing better work. Work that matters to the people who need you.

Cogs are important parts of any system, no doubt. Their output is efficient but their influence is low. They wear out fast and they’re usually first to be replaced.

If you don’t want to be a cog, the only alternative is to change the way you work and the kind of work you do.